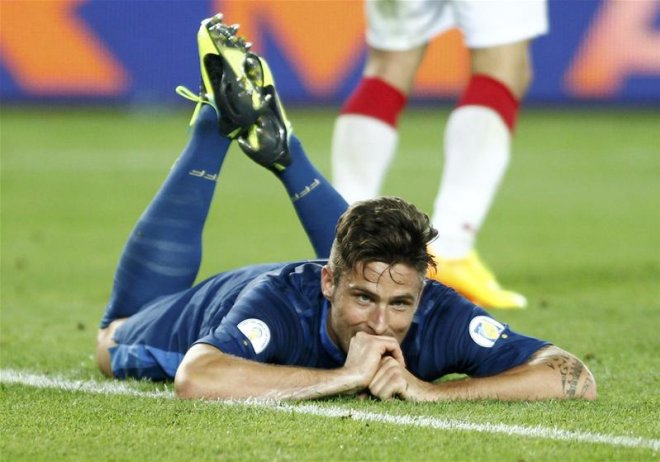 
Giorgi Loria put in a fantastic performance in goal for the home side leaving the French facing a battle to qualify for the finals in Brazil next summer.

Temuri Ketsbaia's Georgia have not won since last September but they will be ecstatic after picking up a point against a France team full of European stars.

Bayern Munich forward Franck Ribery looked in the mood for the French and was beating Georgian defenders almost at will in the opening stages but his skills could not create a goal for the away side.

Just before the half-an-hour mark Karim Benzema could have broken the deadlock when he was way though on goal but Loria managed to block the Real Madrid striker's shot.

After the break Georgia came close to opening the scoring when Tornike Okriashvili slammed the ball against the post moments after seeing his first effort saved by France 'keeper Hugo Lloris.

Olivier Giroud had two chances to give his men the lead either side of the 70 minute mark but the first was blocked at the last moment by the Georgian defense and the second went over the bar after the Arsenal man attempted to backheel the ball into the net .

There was a frantic finish to the game in Tbilisi with Laurent Koscielny, Mathieu Valbuena and Giroud all coming close before Bacary Sagna saw Loria claw his header off the line but the French could not find a goal and were left with a just a point from the tie.
at 1:41 PM
Email ThisBlogThis!Share to TwitterShare to FacebookShare to Pinterest
Labels: Qualification