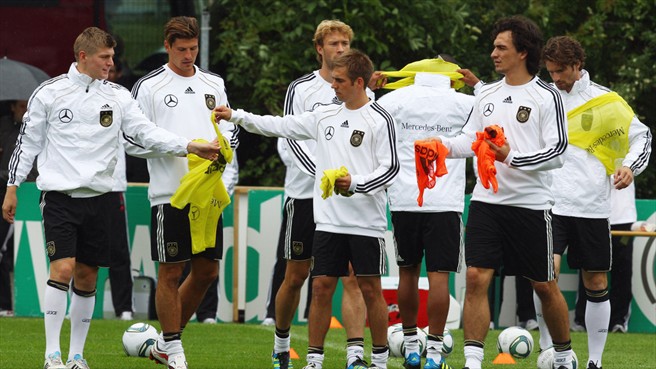 Danes are in Malta justify the role of favorites, though the hosts duly struggled. Guests celebrated with 2-1 and scorers were Andreasen and Eriksen, while Faile was the only scorer for the Maltese


Turkey beats Andorra 5-0 with the hat-trick Bulut, while by one hit and striker Burak Yilmaz and footballer Arda Turan. Andorra has no points and now has a 12:22 goal difference.

Ukrainians with high 9:0 humbled team of San Marino. Ukrainians are tied with 14 points so far in the first place of Group H with Montenegro.

Germany national football team is quite easy to calculate with Austria in the seventh round match in Group C qualifying for the World Cup in Brazil 2014th year.

Germans at Allianz-Arena in Munich in front of about 68,000 spectators celebrated a 3-0 against Austria.

Representation of Belgium goes direct on the World Cup in Brazil, it's obvious now, after eight rounds of qualifications.

Croatia played a 1-1 at the Maracana in the eighth round of Group A, while Belgium Enrolled seventh victory. In Scotland, celebrated with 2:0. scorers were Defour in the 38th, and Mirallas in the 88 minutes.

England team took over the top place after the seventh round of the group H qualifying for the World Cup in Brazil next summer.

England at home outclassed Moldova with 4:0.

This is all results of European qualification from yesterday:

at 4:25 AM
Email ThisBlogThis!Share to TwitterShare to FacebookShare to Pinterest
Labels: Qualification