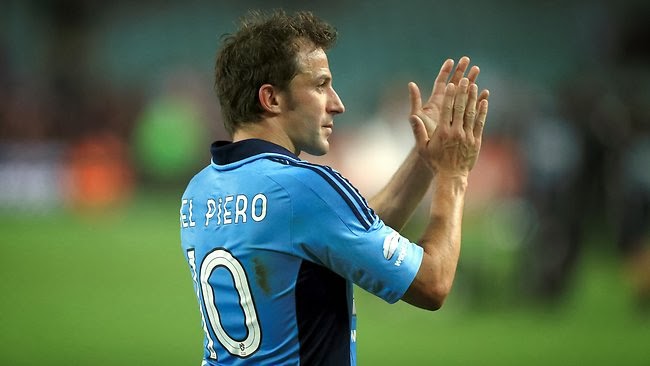 
Recently, Totti said he was sorry that Del Pierro was not remained until the end his career at Juventus, and that "Bianconeri" are not treated as Roma for him.

Arrived and thanksgiving from Australia.

"I am glad that my friend Totti extended contract, he deserved it. Captain, congratulations 37 birthday and a new contract. Wish you a long time to play," wrote Del Pierro.

Although it is known that between them there is a great rivalry, Del Pierro has primarily been and remained a gentleman.

Del Pierro has extended contract with Sydney and will spend next season in Australia.

at 2:13 AM
Email ThisBlogThis!Share to TwitterShare to FacebookShare to Pinterest
Labels: Alessandro Del piero, Australia