Aubameyang after Spider-Man, now with a mask of Batman?

Aubameyang after Spider-Man, now with a mask of Batman? 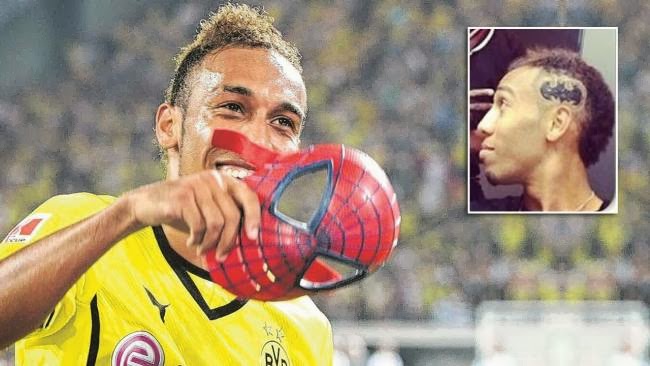 Besides the fact that it has already proved to be a big reinforcement for the team Borussia Dortmund, fleet-footed Pierre-Emerick Aubameyang brought and some novelty in the composition of the current European and German vice-champion


This great football player knows his goals to celebrate in a strange way, and usually it is done in a way to put on his face mask Spiderman. He did it in St. Etienne, but also in Dortmund.

However this time it was his stylist ordered that on his head modes logo which identifies the other superhero - Batman!

Is in this way striker Jurgen Klopp announced another crazy goal celebration, or is this just be another "crazy" ideas we know below championship.

Today Borussia played a match in which they defeated Freiburg at home with high 5-0.

at 10:51 AM
Email ThisBlogThis!Share to TwitterShare to FacebookShare to Pinterest
Labels: Bundesliga, Interesting