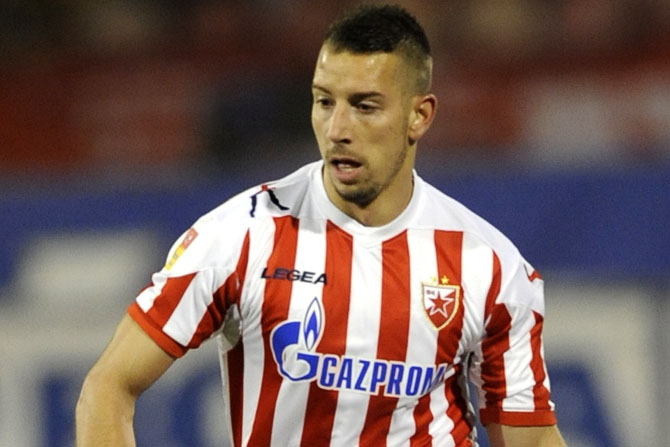 The Red Star Belgrade player, currently on loan to Middle East club Al-Ahli, will link with the Sky Blues next week


Reportedly Sydney were denied permission to use Petkovic as a replacement for Terry Antonis, who is recovering from a serious thigh injury, forcing them to sign him for the entire season.

"Nikola's signing is an excellent piece of business for Sydney FC and completes our squad," Farina said in a statement on Thursday.

"He can play anywhere across the back four and will give our defense strength and depth.

"I am expecting big things from him this season and believe he will have a big influence on the squad. '

Petkovic, who will be available for the Sky Blues' season opener against Newcastle on October 11, said it was a 'privilege' to sign with Australia's biggest and most recognisable soccer club.

"Sydney FC has a great reputation and I can not wait to wear the Sky Blue jersey and meet the members," he said.

"The opening game at Allianz Stadium is going to be huge and is one I'm very much looking forward to."

The Sky Blues have two pre-season games left, with trial matches against Brisbane Roar on September 22 and Perth Glory on September 29.

at 11:40 AM
Email ThisBlogThis!Share to TwitterShare to FacebookShare to Pinterest
Labels: Australia