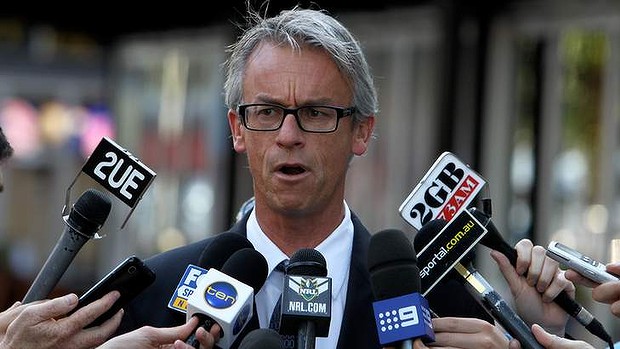 Police said many of the players arrested were from the United Kingdom and playing in Australia in their off- season.

FFA passed on the information to police within 24 hours of receiving the alert , with the resultant police investigation culminating with Sunday 's dawn raids.

There were estimated betting winnings in Australia and overseas of more than $ 2 million identified in connection with the Alleged match- fixing ring , police said.

They said they would be looking to prosecute members of an overseas syndicate , believed to have been operating throughout Europe.

'This is the first case we've uncovered of this level of match- fixing in Australia , " said Ashton , who warned that Australia was susceptible to international match fixing.

'Further match- fixing risks are imminent in Australia , partly because of localized overseas betting on Australian sporting events due to our favorable time zone.

' It is vital that we continue gathering intelligence to take preventative action to make it difficult for organized crime to infiltrate our sporting codes.

He added: 'We hope this Sends the message that we're not a soft touch ... We'll be onto it.'Gallop said it was a reminder of how lower leagues are ' sea potentially susceptible to this kind of activity " given the absence of the checks and balances present at international and A -League matches.

" It's certainly alarming but it 's good to see the police and the Victorian government, with special (match fixing ) legislation , are coming in and addressing this issue quickly, " Gallop added.

The Southern Stars have played 21 matches this season for 16 losses and four draws, with Their only win a 1-0 victory over top- placed club Northcote City last month.

Those arrested are expected to face match- fixing charges , Which can attract a 10 -year maximum penalty .In addition to the criminal proceedings in Victoria , FFA will charge the people arrested today under the FFA 's National Code of Conduct.

They will face a range of sanctions including life bans from football Which would apply worldwide.
SOURCE: AAP
at 10:04 AM
Email ThisBlogThis!Share to TwitterShare to FacebookShare to Pinterest
Labels: Australia, Scandals