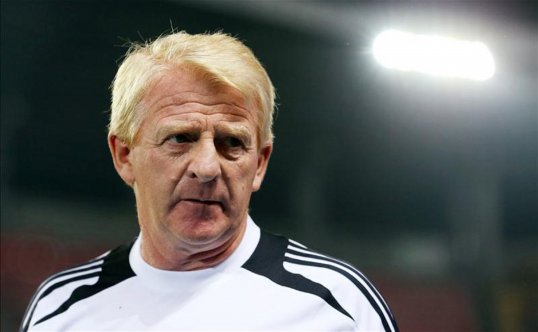 
The match provides Scotland with an opportunity to avenge the 5-1 defeat inflicted by Jurgen Klinsmann's side in Jacksonville, Fla., last year and Represents the first stage of preparations for the Euro 2016 qualifying campaign.

After the recent World Cup qualifying victories against Croatia and Macedonia, Strachan is looking forward to taking on the USA, who have confirmed Their place in the finals in Brazil next year. To complete the 2013 match calendar, the Scottish FA also plans to announce an away International Challenge Match - scheduled for 19 November - in due course.

"I am looking forward to playing the USA," Strachan said. "While it would be great to be preparing for the World Cup in Brazil, or taking part in the play-offs, this match will give us another opportunity to maintain the momentum Achieved with the results and performances against Croatia and Macedonia.

"I have been greatly encouraged by the improvement shown by the squad in recent months and by the unwavering support of our excellent fans.

I am sure both the players and the Scotland supporters will look forward to the opportunity to finish the year positively. "

"It's a huge opportunity for the players," said the former Spurs striker, "and we are excited to play against a team and in a venue that has so much tradition and history in football."