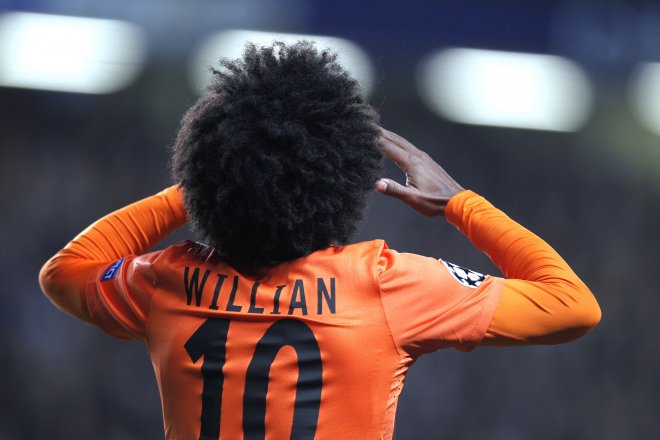 
Willian, who generally plays as an attacking midfielder or winger, was previously touted to sign for Tottenham Hotspur, and reports claimed that he had even undergon a medical for them.

However, Chelsea also made ​​a move for the 25-year-old while he was in London, Which resulted in him choosing Stamford Bridge over White Hart Lane.

The young forward had previously represented Corinthians, where he started his professional career, and was part of Shaktar Donetsk, representing the Ukrainian club for six seasons before he moved to Anzhi for a fee of € 35 million in 2013th

Chelsea manager Jose Mourinho seems intent on bolstering the attack as he aims to win yet another Premier League title with the Blues in his second stint at Stamford Bridge.

With this signing, it remains to be seen Whether Wayne Rooney, who Mourinho had Expressed interest in signing, will be on the club's radar any more.