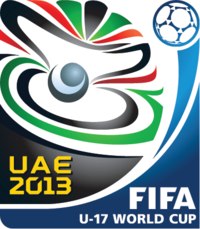 The FIFA tournament takes place every two years and is one of the biggest international football events in the world.

Over the years, the tournament has been the birthplace of some of the biggest stars in the game, with the likes of Ronaldinho (Brazil), Luis Figo (Portugal), Alessandro Del Piero (Italy) and Juan Sebastian Veron (Argentina) all having made their name as youngsters in previous FIFA U-17 World Cup tournaments. And 2013 is sure to be no different as the sporting world turns its attentions to the UAE to see who will emerge as the next international footballing superstar.

The complete groups for the event are as follows:

There is not clear group of death in the bunch thanks to all of the regional champions being assigned to different groups but there are Potentially Certainly some interesting match-ups along the way. On paper all four of the teams from CONCACAF Should Be Happy With Their draw As They Should all be in a position to do well.

The tournament will begin on October 17 with the UAE taking on Honduras in Abu Dhabi.
at 1:53 PM
Email ThisBlogThis!Share to TwitterShare to FacebookShare to Pinterest
Labels: FIFA