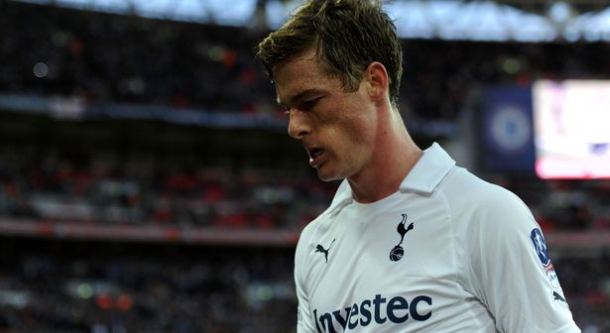 
Parker, 32, had been linked with a move away from White Hart Lane for the majority of the summer after appearing to have a reduced role in Andre Villas-Boas' plans for the season, particularly after the arrival of Brazil international Paulinho from Corinthians.

The England international was reported to have been close to a move down to the Championship with Queens Park Rangers Which would have reunited him with the man who brought him to the North London club, Harry Redknapp.

However, Parker has now completed a move across London to Fulham where he links up with another former Spurs boss Martin Jol in at Craven Cottage.

The midfielder told the club's official website, "I'm delighted to be joining Fulham and I'm looking forward to meeting my new teammates at training tomorrow morning. Fulham is an established Premier League club and I look forward to trying to help the team progress even further over the next three years. "

Jol added, "I'm delighted that Scott has joined us. He's a midfielder who works tirelessly for his team and is a fantastic player both on and off the ball.

"It is wonderful to see a player of his stature playing for Fulham Football Club as he has shown his qualities in the Premier League and for the England team for many years. I'm happy that he's here and joins us for training ahead of our first home match of the season. "

The former Chelsea and West Ham United midfielder made ​​62 appearances in all competitions during two seasons at White Hart Lane.

at 12:10 PM
Email ThisBlogThis!Share to TwitterShare to FacebookShare to Pinterest
Labels: Transfers