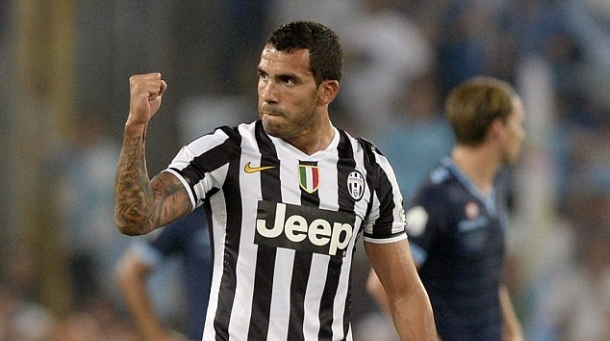 
The Italian champions scored Their First on the 23rd minute throug French midfielder Paul Pogba. The second goal was courtesy of Giorgio Chiellini in a rare movement from the Italian defender since he finished an attacking move like a poacher on the 52nd.

The 3rd goal came only two minutes later, again by a defender. This time it was right-back Lichsteiner that scored. The final goal of the match was scored by new signing Carlos Tevez. This is the first Supercup for Juve under Antonio Conte's management. 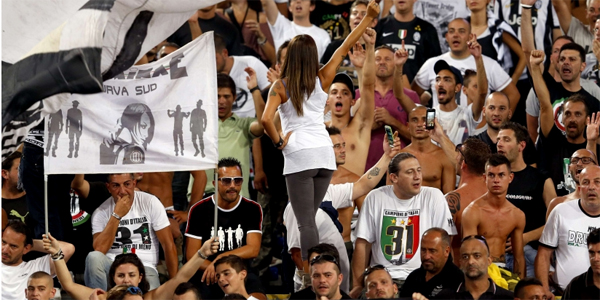 As it usually happens in duels, the two clubs big "battle" was fought in the stands.

Fans of both teams are enthusiastically cheered their favorites all 90 minutes of the match, and the attention of the Italian media captured the the beautiful brunette who led the cheering fans of Juventus.
at 6:51 AM
Email ThisBlogThis!Share to TwitterShare to FacebookShare to Pinterest
Labels: Serie A