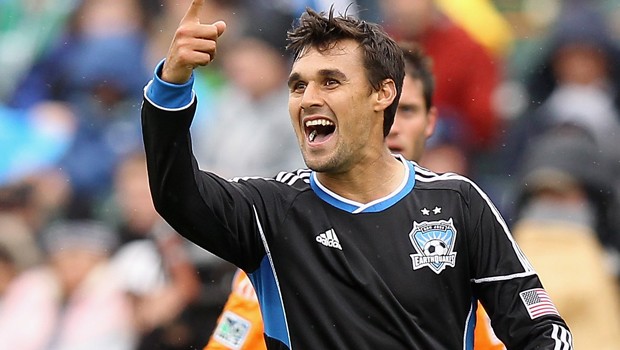 And on Saturday evening at Buck Shaw Stadium, Chris Wondolowski's second-half header was the difference as the Earthquakes topped Sporting Kansas City, 1-0. It's the third loss in four matches for Sporting KC

Despite playing without Kei Kamara and Graham Zusi due to injuries, Sporting KC was on the front foot for the majority of the first half. Earthquakes defender Clarence Goodson came up big for his new side as well on both sides of the field, forcing Sporting KC goalkeeper Jimmy Nielsen to make a diving stop in the 33rd minute on a header, while providing strong defense alongside Victor Bernardez to keep the visitors away from goal.

In the 55th minute, the breakthrough finally came. A Sam Cronin cross was deflected to his Earthquakes teammate Steven Beitashour, who sent a looping ball towards Wondolowski in the box. The U.S. Men's National Team member jumped perfectly and guided a header past Nielsen to send the crowd of 10.525 to their feet, despite Suspicions of offside.

Sporting KC's Teal Bunbury nearly tied the match with a close range finish in the 59th minute, but was denied by Goodson, who came from out of no where to deflect Bunbury's shot. In the 85th minute, Rafael Baca nearly scored the insurance goal for his club but Earthquakes just sent his effort wide. When the whistle blew for full time, it ensured that Earthquakes goalkeeper Jon Busch had won his 100th career game, and on his birthday no less.

at 1:40 PM
Email ThisBlogThis!Share to TwitterShare to FacebookShare to Pinterest
Labels: MLS news