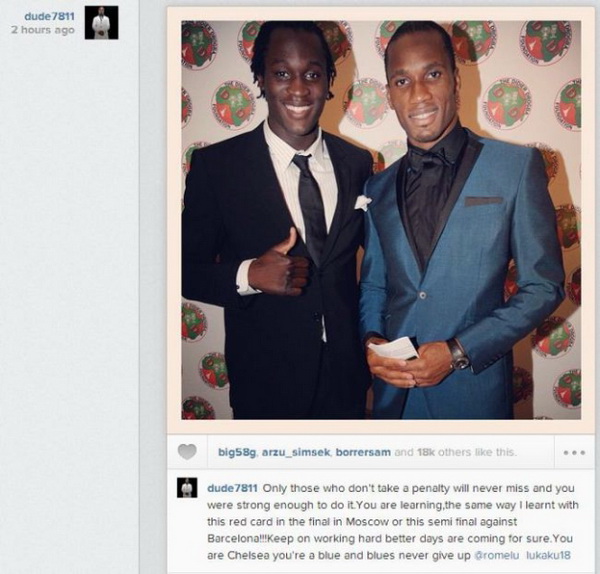 "Penalty can not miss the only ones who never performed, and you showed strength as you take the responsibility."

"You are learning, as I learned when I got a red card in the match against Barcelona in Moscow. Just continue to work hard and better days will surely come. "

"You're Chelsea, you're blue, and Blues never give up!" Said Drogba.

at 12:29 PM
Email ThisBlogThis!Share to TwitterShare to FacebookShare to Pinterest
Labels: FIFA