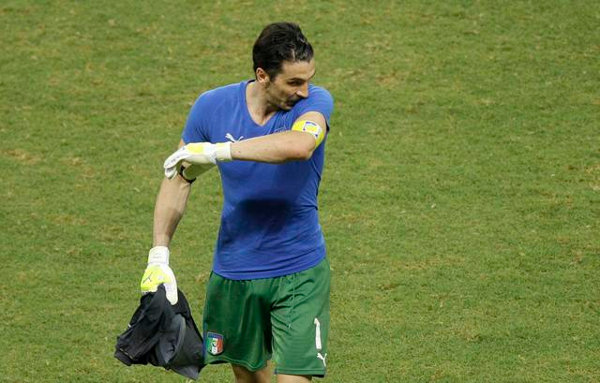 Gianluigi Buffon, Juventus captain, said that the Italian Super Cup trophy, was a great way to start the new season


"Bjankoners" have won this trophy last season, and tonight play at the "Olimpico" against a team of Lazio.

Buffon is aware of the danger which Lazio represents, but is committed with the intention of his team win this trophy.

"I want to raise the trophy in front of our fans, who watch us in large numbers, even when we are not in Turin," said Buffon.

"Juventus satisfy only trophies. Nevertheless, Lazio is awkward opponent, and the season has not yet even begun. We really respect the opponent," he added.

at 4:48 AM
Email ThisBlogThis!Share to TwitterShare to FacebookShare to Pinterest
Labels: Serie A