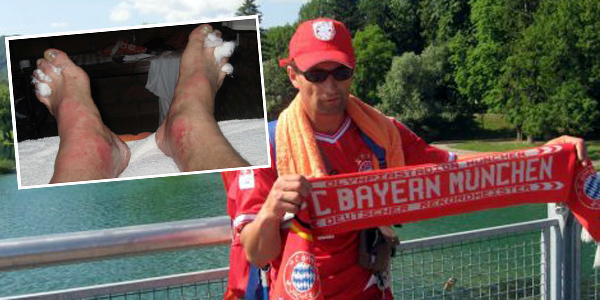 Vahid Cehaja promised to hike up to the Allianz Arena if Bayern Munich win the title of the Champions League for the season 2012/13, and 45-year-old has fulfilled his promise 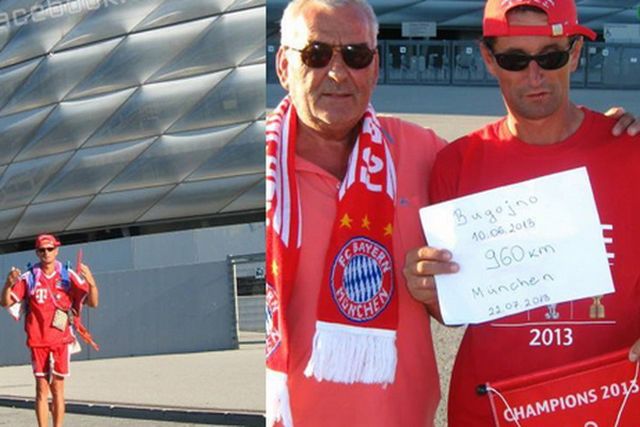 Vahid wanted to come before yesterday's game between Bayern Munich and Barcelona, and it is managed. His journey ended three days ago in front of Allianz Arena, and attended yesterday's victory his Bayern over Catalonians.

"In honor of the fifth Bayern titles I walked from Bugojno to Munich. I wanted to show respect to all those who have so far won titles with Bayern Munich," said Cehaja after arriving in Munich.

However, because so much road Cehaja suffered numerous injuries on his legs, and German media published a picture from admission ward Munich hospital.
at 3:26 AM
Email ThisBlogThis!Share to TwitterShare to FacebookShare to Pinterest
Labels: Interesting, Vahid Cehaja