Guardiola to commentator "lectured" and revised the composition

Guardiola to commentator "lectured" and revised the composition 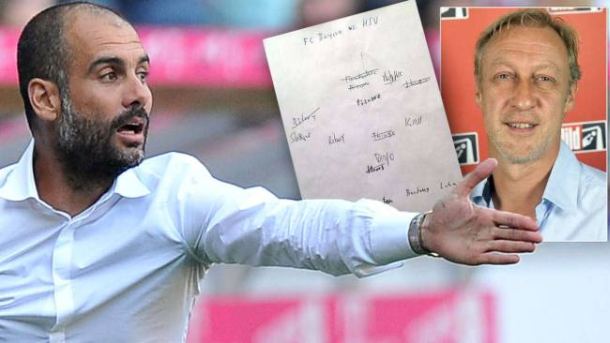 New Bayern Munich coach Pep Guardiola thinks of everything, and so is corrected a team that has put one television commentator before the match against Borussia M'gladbach

A commentator wrote formation on the basis of the official record, but apparently that is not the best scrambled players "in the field". Therefore, Guardiola took the paper and pen, and a small table corrected composition.

It seems that a lot of things Pfand confused, and is a former coach of Barcelona crossed almost all players under written true formation which Bayern played.

at 5:45 AM
Email ThisBlogThis!Share to TwitterShare to FacebookShare to Pinterest
Labels: Bundesliga, Europe News, Interesting