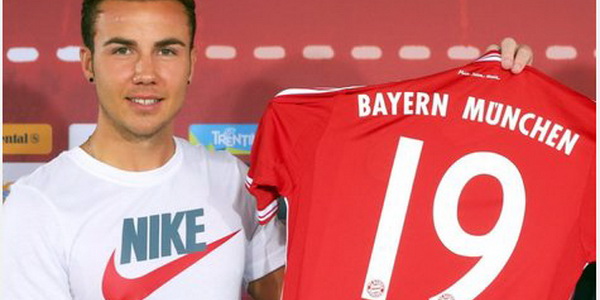 
Bavarian giant has decided to punish by 10,000 euros Götze, Mario Gomez and Jan Kirchhoff because they wore clothes with Nike sign.

Gotze on his presentation appeared with Nike T-shirt, as well as reinforcements from Mainz Kirchhoff.

Gomez is on the training came in hats Nike and Gotze repeated offense, having put Nike sneakers in the official photographs.

As sponsor Adidas, and co-owner of Bayern, these things could not be tolerated, and the insurgents sentence.
at 7:43 AM
Email ThisBlogThis!Share to TwitterShare to FacebookShare to Pinterest
Labels: Adidas equipment, MArio Gomez, Mario Gotze, Scandals