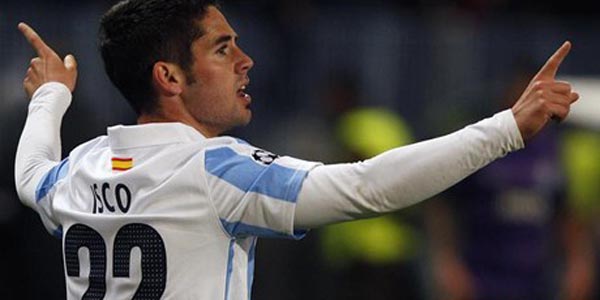 Real Madrid achieve a preliminary agreement with Malaga on the transfer of Isca for 30 million euros for a period of five years, according to "As"


As the newspaper said, the rest is to clarify the understanding of some details of the contract in order to Isco and officially became a Real Madrid player.

"This deal will officially be implemented next week, and the player will be presented in early July," said, "As".

Isco was great for Malaga last season with three goals in the quarterfinals of the Champions League, the first in the history of this club.

The former Valencia player was last week confirmed that for him are interested Real and Manchester City, where he had a chance to join his former coach Manuel Pellegrini.

However, his first choice seems to have always been the Madrid club, and recommendation from Zinedine Zidane seems to have been crucial that the president 'Royal Club' Florentino Perez decided to hire the first major reinforcement this summer.
at 8:27 AM
Email ThisBlogThis!Share to TwitterShare to FacebookShare to Pinterest
Labels: Transfers