Rafa on promotion, "I will create a strong Napoli"

Rafa on promotion: "I will create a strong Napoli" 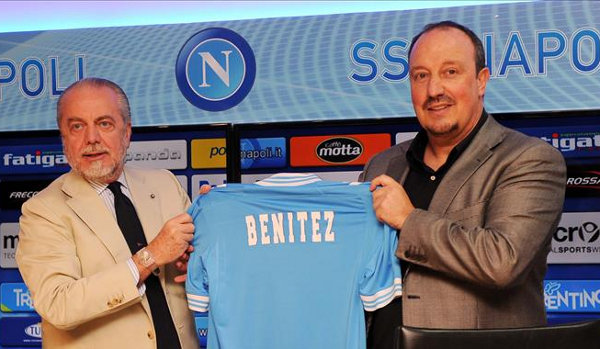 
Rafael Benitez yesterday officially became the new coach of Napoli in which he will replace Valeter Macario who went to Inter.

Former Liverpool and Chelsea coach said that with the enthusiasm begins a new era in his career convinced that in Naples can create team ready to successfully compete on three fronts.

"We want to create a high-quality team that will be capable to successfully compete on three fronts. Serie A is a great league, which is confirmed by the results which national team of Italy achieved on the international competitions," said Benitez.

He added that there is still no insight into whether some of the most important individuals to leave the club and Marek Hamsik characterized as a football player who makes the difference.

"I spoke with Cavani but not about his future. I hope he will stay at the club but for me all players have the same value. And Cavani and Hamsik, and Insinje ... I think that Hamsik type of players who are making a difference," he added Benitez.

Spaniard at the end emphasized that he wanted to make a respectable team in Naples, which will be ready to give long-term results.

"I hope to succeed in my influence to bring up the fact that Napoli create a team that will not yield results only in the course of a season, but in the long run. To do this, we need unity. I am happy to be here in the city and the team with a big heart" concluded Benitez.

Napoli was in the previous season, won second place in Serie A and will compete next year in the group stage of the Champions League.
at 1:06 AM
Email ThisBlogThis!Share to TwitterShare to FacebookShare to Pinterest
Labels: Serie A