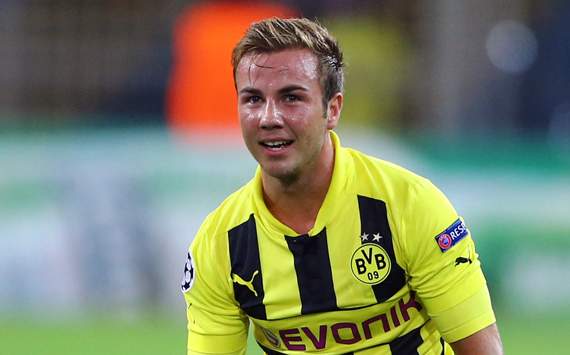 
Group Kopfnusmusik announced insulting song in which sung his transfer from Dortmund in the ranks of the great rivals, which Gotze not at all impressed, but angered.

Gotzes transition into the ranks of the Munich giants disclosed is even before the season is over, which angered all the fans 'Millioner' but the rap trio gone furthest in expressing hatred towards one of the best young footballers in Europe.

21-year-old football player said that the group had crossed the line into insults and therefore decided to file a complaint.

"This offensive song is exceeded every measure and Mario has to defend himself against such things. Therefore we have decided to file a complaint, "said Volker Struht Gotzes agent.

Gotze is currently forced to pause because of a problem with the muscle and could miss the start of the season in the Bundesliga.
at 4:27 AM
Email ThisBlogThis!Share to TwitterShare to FacebookShare to Pinterest
Labels: Scandals