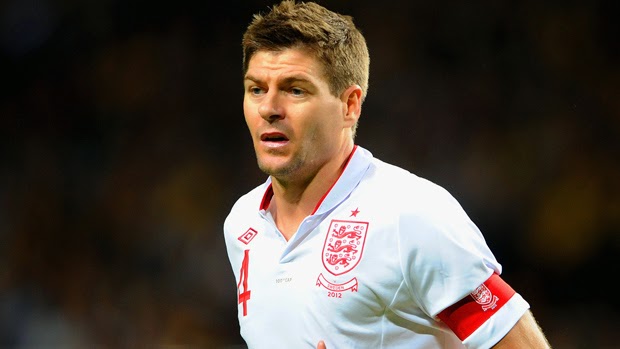 After England were drawn against Uruguay in Group D of this summer’s World Cup, all the talk was about how the Three Lions would stop the talented Luis Suarez from running riot. But who better to call upon than his teammate of the last three years – Steven Gerrard?

“When the World Cup draw was announced, the first thing that came to mind was Suarez and what we’re going to do to keep him quiet.” the Liverpool and England skipper said back in December last year.

With 31 goals and 12 assists in the Premier League last season, Suarez was the top European striker in 2013/14. The 27-year-old has also scored 37 times in 77 games for Uruguay. He missed Uruguay’s first World Cup game this summer through injury, but is expected to feature against England in some capacity.

England are blessed with a host of Liverpool players who have played with Suarez this season – Glen Johnson, Jordan Henderson, Steven Gerrard, Raheem Sterling and Daniel Sturridge – so what can they do to stop him on Thursday?

In the games Suarez has been ineffective, closing him down fast and putting him under pressure the minute he gains possession has proven to be an effective way to stop him. With the likes of Gerrard, Sterling and Henderson set to start, the trio can work hard to press the Uruguayan when he’s in England’s half.

Marking the space Suarez will run into when receiving the ball is just as effective to keep him at bay too. His 93 successful dribbles show how much he thrives on running at the opposition, so Henderson, Gerrard and Sterling can’t afford to give him room to gain momentum.

Henderson and Sterling have the legs to keep up with the striker for the duration of the game due to their youthful exuberance, but Gerrard will need to be smarter.

The Liverpool veteran must pick his time to challenge Suarez, and instead rely on interceptions rather than get himself in a one-on-one situation with the striker. The minute he sees a pass going into Suarez, Gerrard will want to be on his toes to force the error, as the Uruguayan lost possession 379 times in the league last season.

Roughing him up is also a tactic that the Liverpool players might adopt to throw Suarez off his game. He often goes to ground following a robust challenge, and if England can have him wasting his own time remonstrating with the referee rather than playing his own game, the Three Lions will have him where they want him.

It will come down to decision-making and positioning when he’s not in possession as England can’t press him at any given moment. There’s also reason to believe they could ignore him. Andrea Pirlo was highlighted as Italy’s danger man in midfield when the England faced Italy, but they still stood off him in the game, so the Three Lions could well give Suarez the same treatment.

Given Pirlo’s outstanding performance on Saturday, the England midfield would be better advised to get closer to the Uruguay danger man than they did with the Italian maestro. If Suarez is fully fit (which is a big if), then it is almost impossible for any defence to stop him over 90 minutes, and it might be a case of limiting his impact. His Liverpool teammates will know him better than anyone, and for England to get three points on Thursday, they’ll need to use their knowledge and experience to deny him the opportunity to punish them.