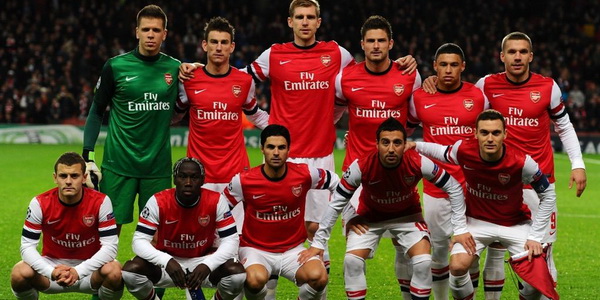 Has long been known that Arsenal is in crisis when it comes to winning trophies. They finally won one


Specifically, the Gunners have not won a damn thing since 2005th year, when they celebrated in the English FA Cup.

However, what, such consolation fans of this team may represent the fact that the chosen French manager Arsene Wenger called winners. Fair play league Premiership.

Leaders of the English FA, in order to promote positive behavior on and off the court, designed the Fair Play league.

The teams in this league compete in five categories: Red and yellow cards (Red brings -3, and yellow -1 point), the quality of the game (positive points bring​​, offensive and quick football, a desire to achieve goals and when victory is obvious, while negative followed by slowing the game, spending time, simulation and game-based offenses).

Next is rated respecting opponents (points are deducted in case of rough foul, those situations in that the judge does not see, and the altercation on the field).

Respecting judges (positive points brings games without complaint even on controversial decisions, as well as normal behavior, any discussion with the judge deducted points).

Behavior official club (reaction to the decision, provoking the players or the audience sent in minus points, while calm behavior increases scoring balance).
at 12:09 AM
Email ThisBlogThis!Share to TwitterShare to FacebookShare to Pinterest
Labels: Premiere League