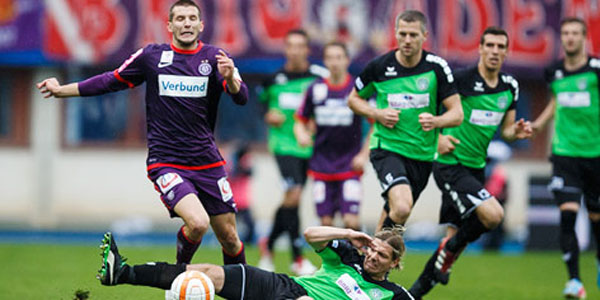 
Team Pasching is to the greatest achievement in the history of the club came with goal Saniel Sobkov after 47 minutes of the match.

Pasching, who competes in the central group of Austrian Regional League, so will compete in the Europe League next season. Interestingly, the club even in that league is not the champion, as the closest rival with win in the last round has a chance to overtake them.

That success the third ligase be more sensational, they're in the semifinals mastered Salzburg, and in the top eight Rapid Vienna, so they are fighting for the trophy kicked three largest Austrian club.

Pasching Football Club founded in 2007. fusion ASKO Pasching and Austria Kärnten, and domestic matches played at the stadium with 7152 seats.
at 2:11 PM
Email ThisBlogThis!Share to TwitterShare to FacebookShare to Pinterest
Labels: Europe News