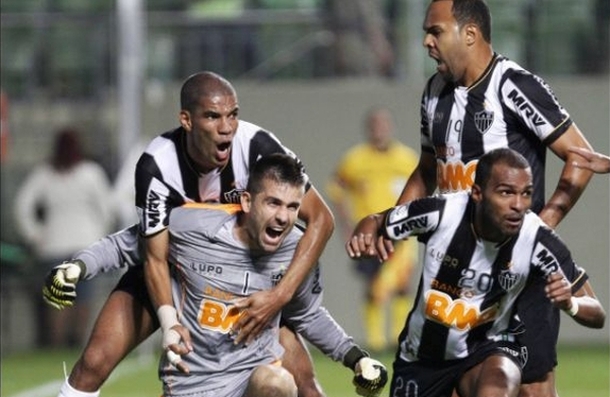 
As the first match was played in Mexico ended with 2-2, Ronaldinho and the team is and the result of 1-1 opened the door for further of this elite South American competition, however, is what happened in the fourth minute of stoppage time match, a story in itself.

Specifically, with the result 1:1 in Tijuana were awarded a penalty, however, experienced goalkeeper Victor Leandro is quite miraculously defended a penalty kick, although practically already smitten.
at 2:04 AM
Email ThisBlogThis!Share to TwitterShare to FacebookShare to Pinterest
Labels: Atletico Mineiro, Copa Libertadores, News