Transfers: "Higuain in Juventus for 25 million?"

"Higuain in Juventus for 25 million?" 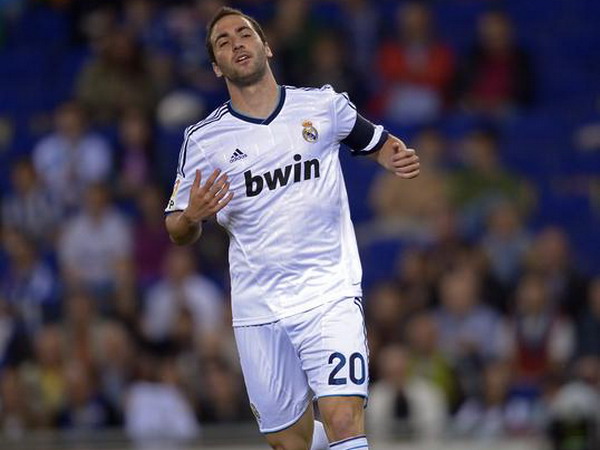 The story about the transfer Gonzalo Higuain seems to got an epilogue. Instead of "Islands" and Arsenal, the Argentine is a step up from "Apennines".


According to "Gazeta" transition Higuain from Real Madrid to Juventus is almost certain and that for 25 million euros.

As stated by the Italian newspaper, are pending final negotiations, and the only thing that currently leads the controversy is the difference in price, some 3 million.

However, it is expected that the transfer definitely realize 20th May in Madrid, such as the recently announced some foreign media.

"Old Lady" offers 22 million, and Madrid looking for 30 million euros, so that in Italy believe that both teams will find the figure of 25 million.

If the club from Turin fails to recruit the Argentine internationals "Bjankoners" will start in pursuit of Zlatan Ibrahimovic or Luis Suarez.
at 3:35 AM
Email ThisBlogThis!Share to TwitterShare to FacebookShare to Pinterest
Labels: Football rumors, Gonzalo Higuain, Juventus, Speculation