Premier league: Rooney is one of the last street footballers

Rooney is one of the last street footballers 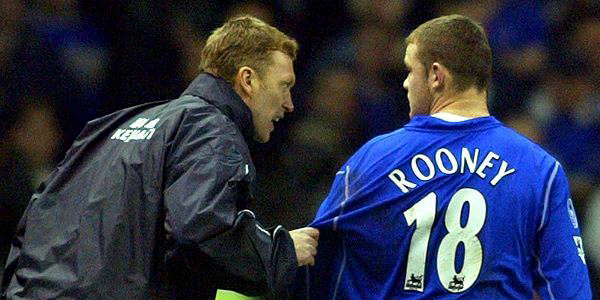 
"When he left Everton, already he was an exceptional footballer. He stood out and doing things that no one else could. We were standing to the side, watched him and wondered: How does he do it? He was an extraordinary talent, "recalled Moyes.

As you know David Moyes, who next week takes the helm of "Red Devil", has already worked with Rooney. English national team player debut for Everton in 2002. as a sixteen-years boy.

After the conflict due to Rooney's autobiography occurred separation and his move to Old Traford.

And besides Moyes him nothing reproaches and remembers the very best in him the love of football.

"Wayne was the last classic street footballer. The age of sixteen and after training go to his street and play football with his friends.

Often told me that they saw him on the street shoots the ball against the wall. Part of that culture is gone, but I'm out of Glasgow and I recognize that.

He was the last such football player I've ever worked, "said Moyes.
at 7:29 AM
Email ThisBlogThis!Share to TwitterShare to FacebookShare to Pinterest
Labels: Premier League, Wayne Rooney