Tunisian judge suspended after the match Ghana and Burkina Faso 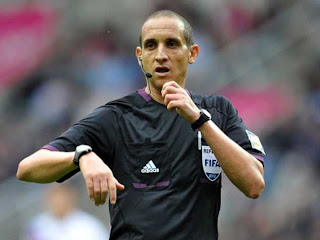 Tunisian judge Slim Jdid suspended by the African football confederation (CAF) after a controversial trial in semifinal Africa Cup of Nations between Ghana and Burkina Faso.


From the African Union have shown great dissatisfaction Jdidi trial and punishment him still expected .

"CAF is not satisfied with the trial of the game. Know that mistakes happen, but we expect a much higher level of trial. Tunisian was judged very badly, and he will be suspended for a certain period," said the General Secretary of CAF's Hicham El Amrani.

Jdid is in overtime off footballers Burkina Faso Jonathan Pitroipa for allegedly simulating, but obviously made ​​a big mistake, and had them a lot during the entire game.
at 9:29 AM
Email ThisBlogThis!Share to TwitterShare to FacebookShare to Pinterest
Labels: Scandals