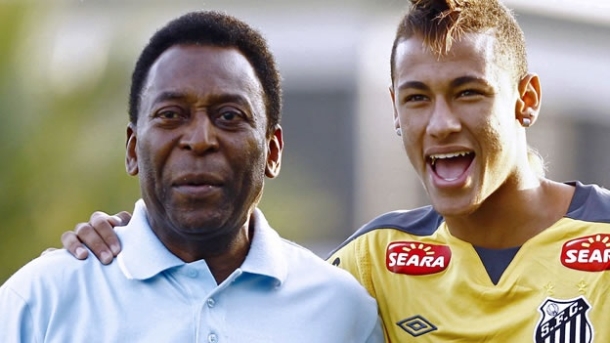 The legendary Brazilian Pele is according last statement substantially changed his mind about his young compatriot Neymar and thereby fiercely criticized.


One of the greatest footballers of all time was perhaps the foremost advocate Neymars stay in Brazil, to now twenty one-year striker characterized as inexperienced because complete previous career spent at Santos:

"In the national team he is a normal player. He is great player, but he has no international experience. Whenever he play outside of Brazil, is not good. Everybody says that he has to solve his problems with the national team, but he is not ready for that. European football is different from the Latin" said Pele, who not so long ago said that Neymar in a short time to become better than Messi.

"We at Santos say that Neymar is the best in the world, but to him more concerned with the appearance in the media to play for the team. Neymar has a big responsibility, but his main concern is how to change the style or your hair."

On the other hand Neymars agent Wagner Ribeiro was not very pleased to hear the words of Pele, and he replied without the least compromise:

"Pele should take care of their grandchildren instead of talking about Neymar. It's jealousy. That Pele played today, he would be inferior against Neymar. During his time, the defenders were slow and the level of physical fitness is not the same," king said Ribeiro.
at 4:46 AM
Email ThisBlogThis!Share to TwitterShare to FacebookShare to Pinterest
Labels: Sport News