e-enko: Jose Mourinho is much more successful than Ferguson

Jose Mourinho is much more successful than Ferguson 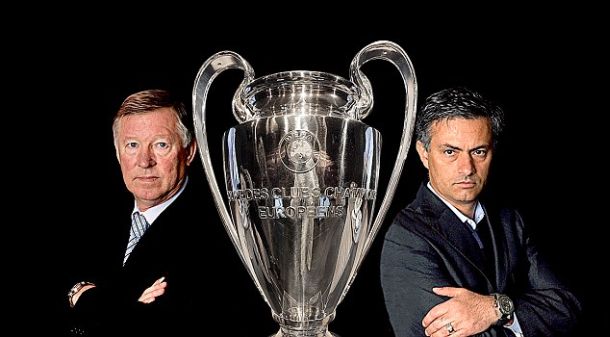 On Wednesday in the Champions League strength mete by many nowadaystwo greatest coach, Jose Mourinho and Alex Ferguson. Two coaches other than the great rivalries cherish and great friendship, and after each of their meetings open a bottle of good wine. They first met two experts 2004th year when Jose Mourinho was at the beginning of his brilliant career.


Mourinho earlier this season in the fantastic final of the UEFA Cup with his Porto defeated Celtic. Nobody ever dreamed that the next season, Mourinho from Porto to reach the roof of Europe.

Rematch was played seven days later, and Ferguson was once again close passage in quarter-finals. Mourinho celebration and sorrow Ferguson brought Costinha. Later the Portuguese in the final mastered Monaco 3-0 and reach the other titles of Europe.

Mourinho was announced shortly after the finale and Porto leaders to go to Chelsea. On the island were been waiting for a new duels with Manchester United and Alex Ferguson. The first duel in the Premiership goes to, you guessed Mourinho. Chelsea have won a minimum 1:0, and the Blues three points brought Eidur Gudjohnsen.

The next duel two teams played in the League Cup. The semifinals are scheduled for the two match, the first one was played at Stamford Bridge. Match was concluded most unfavorably result, and Ferguson even after four match did not know for triumph against the Portuguese. 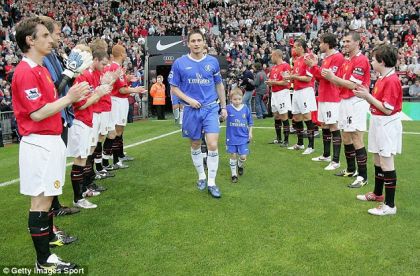 Nothing new either in the seventh meeting of the two experts, again won by the Portuguese. United this time in the Premiership has suffered heavy defeat in front of their own fans. United take a led by goal of Van Nistelrooy, but Mourinho's team goals from Thiago, Gudjohnsen and Joe Cole reached big victory. That season Mourinho won his first premiership, and before the match the United players were welcomed with applause Chelsea players.

The first triumph over Mourinho, Ferguson enrolled in the eighth meeting of the two great specialists. Victory for Ferguson was even sweeter because it broke with Chelsea string of 40 games without defeat. Fatal for Mourinho was to Darren Flatcher.

Mourinho knew how to get revenge in the second match of the season. United was smashed at Stamford Bridge, and the goals for Mourinho's team scored by William Gallas, Joe Cole and Ricardo Carvalho. Chelsea at the end the season raised the trophy meant a new champion of England.

New duel two teams played in the season 2006/2007., And the first match at Stamford Bridge ended without a winner, with a simplified ball in both goals. Goal for Mourinho's team scored Carvalho, while the United scorer was Louis Saha. 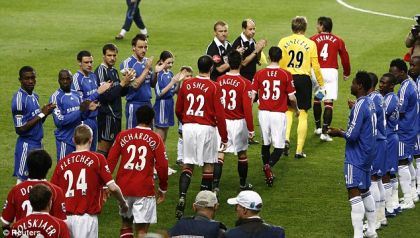 United at Stamford Bridge came like a champ, and Mourinho is known to welcome the success of their colleagues. Chelsea players stood in two species, and applause greeted the new champion of England, in the same way as their counterparts in the United's season earlier. The match ended without goals. 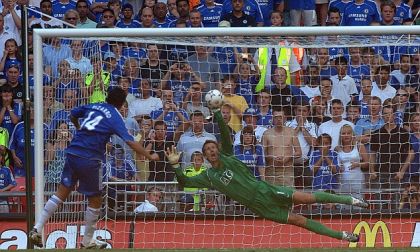 Manchester United - Chelsea 1:1 3:0 PK (5th 8th 2007.) The last duel with Ferguson as Chelsea manager Mourinho was lost after shootout. It was a duel in the FA Community Shield. United through Ryan Giggs take a led and Chelsea equalized through Frenchman Malouda. Hero was Edwin van der Sar, who defended three shots from white spots, for victory the Red devils. Mourinho will leave the following season and rudder Blues.

Mourinho is after season break taking the helm of Inter Milan. As fate would have to meet in the second round with Ferguson. The first duel at the San Siro ended without goals.

In a rematch United won 2-0 and winning to Ferguson brought Nemanja Vidic and Cristiano Ronaldo. In the following season United will reach the final, but will be defeated by Barcelona 2-0. Mourinho will next season with Inter will become a champion of Europe.

Taking it all round much more successful Mourinho, who celebrated each other in six duels. Ferguson was better in three, and one of those three victories came after the shootout. Five games ended with a draw. First meeting of two experts goes to Mourinho and the last to Ferguson. One thing is certain,match between Real Madrid and Manchester United will not disappoint.
at 12:31 PM
Email ThisBlogThis!Share to TwitterShare to FacebookShare to Pinterest
Labels: Champions League