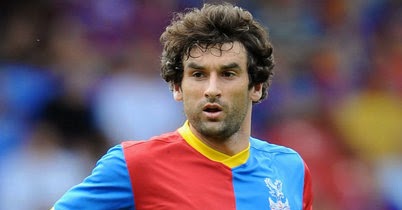 
Jedinak is yet to feature since returning from Australia's successful Asian Cup campaign, having picked up an ankle injury.

Palace have been in good form since the appointment of Alan Pardew and Jedinak is hoping to be involved on Saturday.

"We'll just have to wait and see if I play against Arsenal, but at this stage it is not really well," he said.

"I'm there and I support my team-mates. It's been great to feel the buzz around here. I'm itching to get back out there and be involved in that first hand.

Jedinak has been impressed with Palace's recent performances, with their return of 10 points from five games lifting them clear of the relegation zone.

"Obviously that speaks for itself. It's a fantastic achievement. It's fantastic doing that so soon after coming in, "he said.

"But it's no surprise. And I'm saying that on the back of being here just a week. I can see the way things are done here. But the way that everyone's responded, obviously it's helped that we've got the results on the field and we've picked up some points, and that's been driven by the manager.

"Everyone here has had to step up and that's a very encouraging thing."
at 12:14 PM
Email ThisBlogThis!Share to TwitterShare to FacebookShare to Pinterest
Labels: Crystal Palace, English Premier League, Mile Jedinak, Premier League