Tottenham in for Feyenoord winger 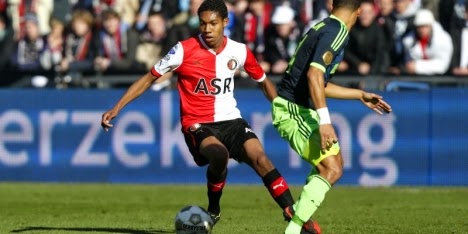 
The 20 year old has been watched by the London Club all season and it looks though they are now set to make their move after having shifted right back Kyle Naughton to Swansea City and freeing up funds.

The Dutch international who was also part of the squad in Brazil has been one of the better players at De Kuip this season; both domestically and in Europe.

Boeitus has made 25 appearances for the Stadium club this season scoring five goals.