Real the best in the world: 22 wins in a row for the title of world club champion 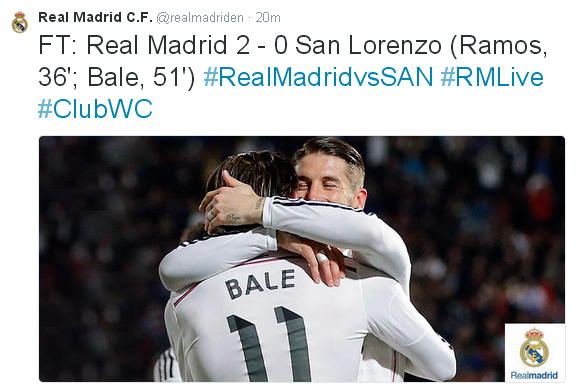 
From the first minute champion of Europe has taken full initiative, while guests aggressive play defended mainly from their half. However regardless of the field dominance Los Blancos are hard to create opportunities.

Real Madrid took the lead after 37 minutes, threw in from the corner Toni Kroos, and with the head hit man born for big matches Sergio Ramos.

The question about the winner decided at the start of the second part. Isco has hired Gareth Bale, the Welshman is poorly
shot from 15 meters, Torrico reacted disastrous since the ball passed below him.

In the remainder of the game Kings are routinely held the advantage, the Argentine team is to relieve pressure, threatened several times, but Iker Casillas is a great defended in his 700th match for the only club in his career.

This was for the Real Madrid fourth title of world champion, the first after 2002.