Vincent Tan buys, and then shuts down the American football club

Vincent Tan buys, and then shuts down the American football club 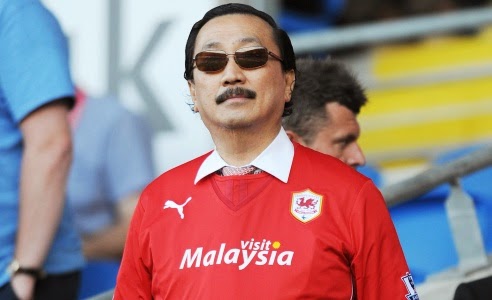 Vincent Tan, together with three partners, take over and shut down American football club Chivas from Los Angeles, in order to his foundations founded a new club


American football league (MLS) will soon announce the purchase, and after the session of the Board league which will take place on October 6.

Besides Vincent Tan on the list of future owners are Henry Nguyen, Peter Guber and Tom Penn, reports Sports Illustrated.

Nguyen is a Vietnamese-American businessman who recently bought first McDonald's franchise in the territory of Vietnam, Guber is a Hollywood producer and co-owner of the Los Angeles Dodgers and the Golden State Warriors, and Penn is a former ESPN analyst and official of NBA.

Buying Chivas future owners will cost 80 million euros, and they have committed themselves to build a new club stadium.