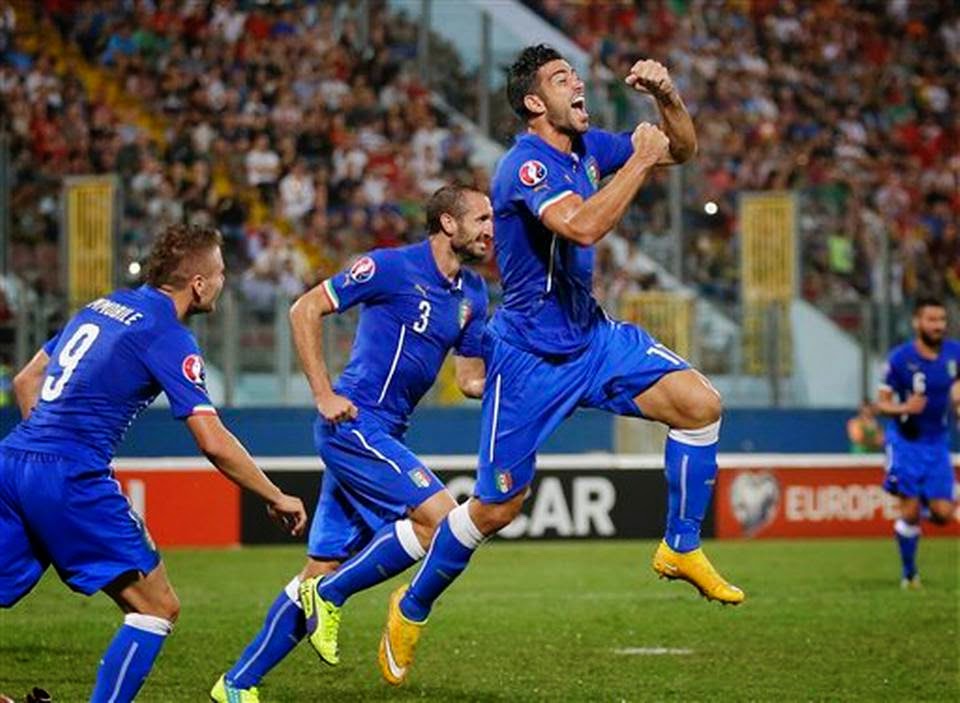 Pelle scored the winner from close range as Italy beat Malta 1-0 to maintain their 100% record in Euro 2016 qualification.

After an impressive start for his new club Southampton, Pelle has admitted he hopes to maintain his place in the Azzuri side, having made the most of his first appearance for the nation.

“I’m happy to be finally with the National team,” he told Gazzetta dello Sport.

“I scored and I could have got another. I played in a good way with Immobile. I’m coming from the Premier League where the intensity is really high.

“For us, it wasn’t easy facing a team like Malta. They dropped back and I’m not a big fan of this type of football.”

Pelle thanked his club manager Koeman, who has played under for both Feyenoord and Southampton, as well as the Italian manager Antonio Conte.

“I hope to stay with the national team. In Holland, I scored 50 goals and hoped to get a little consideration from (former Italy boss) Cesare Prandelli – even if it wasn’t a call-up,” he said.

“But he made his choices and he had the right to do so.

at 11:58 AM
Email ThisBlogThis!Share to TwitterShare to FacebookShare to Pinterest
Labels: Euro 2016, Graziano Pelle, national team of Italy, Qualification for Euro 2016