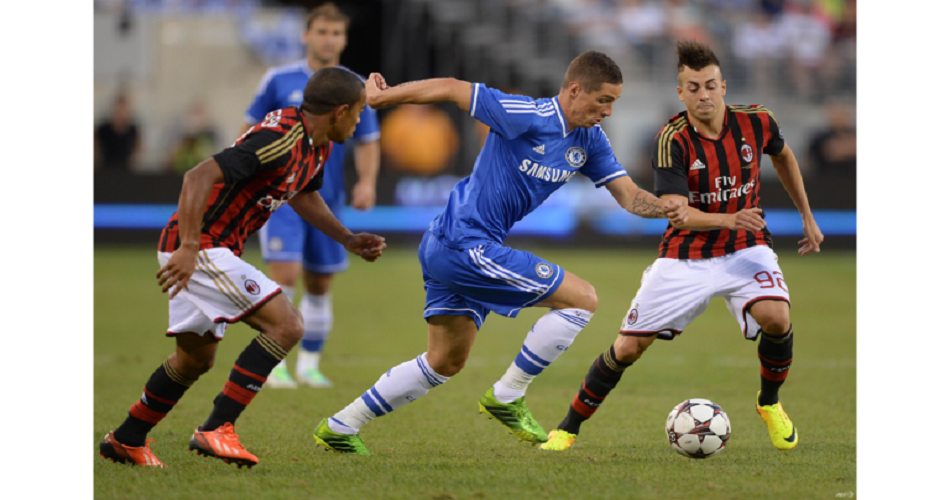 Fernando Torres is a new striker of Milan, it was confirmed on the official websites Chelsea and Milan

According to Sky Sports, Milan has reached an agreement with both Chelsea and Fernando Torres on a move that will bring the 30 year old Spanish striker to the Rossoneri. One of the issues that was to be resolved between Torres, his agent and Chelsea was the severance package. However, it appears as if there will be no severance package for the player. The length of the contract for Torres with Milan is reportedly a two-year loan with an option for the third.

The player is expected to receive an annual pay of €3.5M, nearly a 50% cut from the pay he earned with Chelsea since arriving to the Blues from Liverpool during the January transfer window of 2011 for a lucrative £50M. It’s also worth noting that Torres appears to be arriving to Milan on a free transfer, which isn’t out of the ordinary for new Milan players.

If you needed a 100% confirmation of the latest news surrounding Torres to Milan, both Chelsea Football Club and Milan’s official website have just posted the news. Via chelseafc.com, “Chelsea Football Club and AC Milan have agreed terms for the two-year loan deal of Fernando Torres to the Italian club…the move is now subject to Fernando agreeing personal terms with AC Milan and passing a medical examination.” The official AC Milan Twitter account also confirmed the news.

Pippo Inzaghi will most likely field a 4-3-3 formation with Torres in the middle of the attacking trident up front. Stephan El Shaarawy, who also has something to prove, will play on the left wing while Jeremy Menez opposite him, at least for the time being. Torres will be given a significant amount of minutes to prove he still can perform at a high level as the only true number 9 Milan has at the moment is Giampaolo Pazzini.

The opportunity to prove he belongs is there. I expect Fernando Torres to do better in Serie A than he did during his last few years in England if you want my honest opinion. With this move, he somewhat escapes the pressures that came along with such a large transfer fee to now having a chip on his shoulder, looking to silence those critical of him. I predict Fernando Torres will tally double digit goals, perhaps 10-12, while assisting on 3-4 which would be a very nice return for Milan as well as “El Niño.”

Despite his disappointing spell with Chelsea, I will 100% support Fernando Torres as he is to become an official player of the club tomorrow. Once he puts on that kit and is unveiled by the club, I wish him nothing but success here at Milan and I hope he can regain some of his form from his Liverpool days, all while helping Milan regain its place as one of the best clubs in the world. Benvenuto Fernando Torres and I welcome you to Milan with open arms.