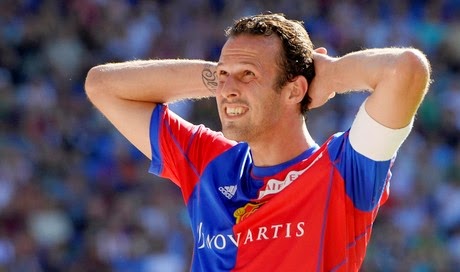 West Ham are pondering a move for powerful Basel forward Marco Streller, according to reports from english media

The 33-year-old has emerged as a target for Hammers boss Sam Allardyce following news that Andy Carroll will miss the opening months of coming campaign through injury.

Streller has a formidable record in the Swiss top tier having netted 88 times since joining the club from Stuttgart, and has also represented his nation on 37 occasions, registering 12 goals.

His agent, Marco Balmelli, says that interest from West Ham is serious, and that his client may be tempted to join them:

It is true that West Ham have approached us. Maybe Marco needs a new challenge again after seven years at FC Basel. It would be like a World Cup final for him.

The Londoners are reportedly ready to offer the £1.1m-rated star a two-year contract on double his current salary around £1m-per-year to switch to the Premier League.