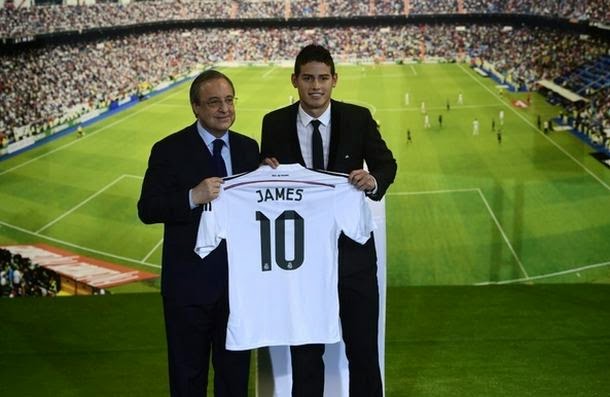 James has tonight completed his move from Monaco in Real Madrid in the transfer worth around 80 million euros. Brilliant Columbian after medical examinations performed with the royal club signed a six-year contract.

Rodriguez was officially presented at the Santiago Bernabeu in front of a large number of fans, a new reinforcement of Kings will wear next season jersey with number 10

Columbian has charmed fans of Real at the very beginning. He kissed the King's coat of arms which caused an eruption of delight.