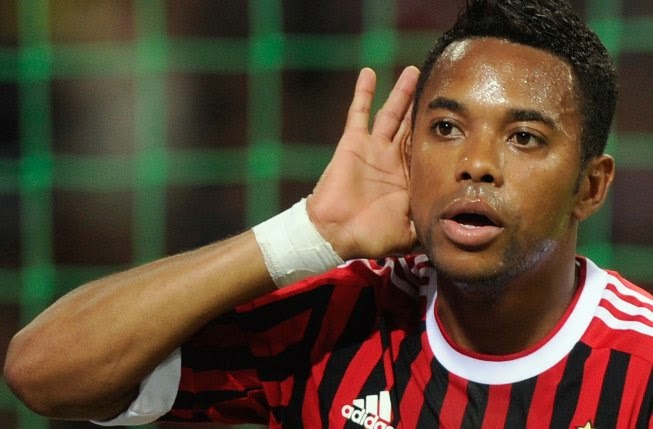 AC Milan striker Robinho still not sure in which club will continue his career next season, although many reports suggesting his departure to Orlando City

Robinho is contractually bound to the San Siro club until the summer 2016th, and Orlando City, which will next year get eligible to play in the MLS, does not hide the desire to unite the Brazilian couple which would mentioned attacker did with Kaka. Agreement still must be achieved between clubs and the player admits that are ongoing.

The Brazilian is in the speech hinted that separation with Milan close.

"We do not know where I'm going, the decision still has to bring. To Milan fans I can only said - thank you for everything, and we will decide for the option which is best for myself and for the club that has always treated me very well ," said 30 - year-old who has with the Milan club won A series in season 2010/11.