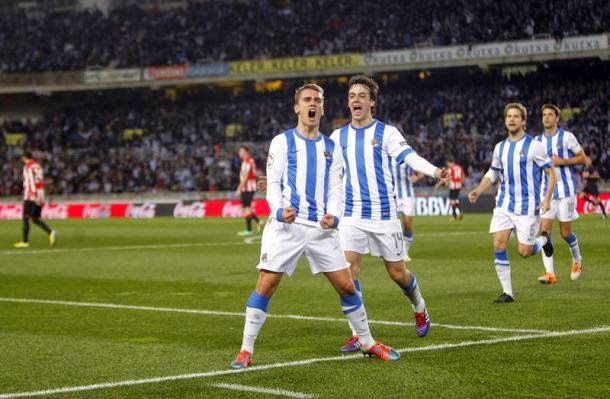 Arsenal and Paris Saint Germain were heavily linked with a move for Griezmann, however he is set to join Diego Simeone's side.

Atletico Madrid met the release clause of 30million euro (£ 24million), and the club confirmed the deal is in place on their official site.

"Atletico Madrid and Real Sociedad have reached an agreement for the transfer of Antoine Griezmann.

"The young French footballer will sign a contract with our teams once he passes his medical."

Atletico Madrid have lost numerous key players from their title winning squad, with the likes of Diego Costa and Luis Felipe joining Chelsea.

Sociedad said in a statement: "The player has the permission of Real Sociedad to undergo his medical in Madrid.

"Real Sociedad want to thank Antoine Griezmann for the professionalism and dedication he has shown during his time at our club, and at the same time wish him the best for the future."