De Vrij arrived in Rome, soon will officially become a player of Lazio

De Vrij arrived in Rome, soon will officially become a player of Lazio 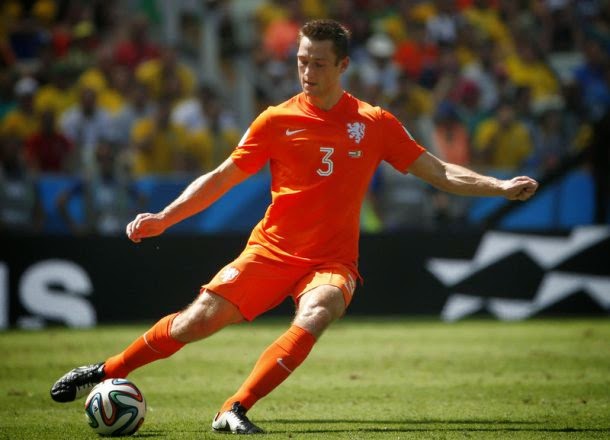 Feyenoord center back, Stefan de Vrij is set to arrive in Rome on Monday night to sign for Italian Serie A side SS Lazio, subject to a medical examination on Tuesday morning, the club's communications director has confirmed.

"We welcome with joy the best defender at the World Cup. He is an international-level signing "Stefano De Martino announced.

There had been much speculation suggesting that Manchester United were leading the race to sign the Feyenoord defender, where he would have been reunited with head coach Louis van Gaal after the two had successfully collaborated during the World Cup.

However, it was believed that Lazio were monitoring the progress of de Vrij even before the World Cup started, but had previous transfer bids rejected by the Eredivisie side, as the Roman club failed to match Feyenoord's valuation of the player believed to be in the vicinity of € 9 million.

at 1:14 AM
Email ThisBlogThis!Share to TwitterShare to FacebookShare to Pinterest
Labels: Eredivisie, Feyenoord, Lazio, Serie A, Stefan de Vrij