Hatem Ben Arfa being pushed out by Newcastle

Hatem Ben Arfa being pushed out by Newcastle 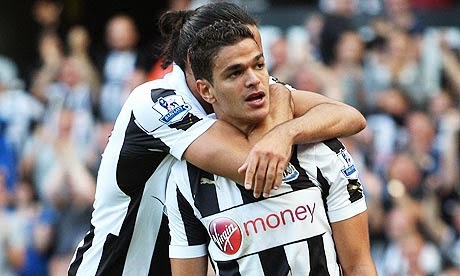 According to Le Parisien, Newcastle United attacking midfielder Hatem Ben Arfa is being forced out of the club this summer

The player has been informed that he will not be taking part in the Magpies' pre-season tour to New Zealand and will instead remain in England to train with the reserve team under the wing of their manager Peter Beardsley. Unfortunately, the situation is yet worse.

Newcastle wish to fine the player € 2,000 because he returned from holiday 1.5 kilograms over the required weight limit. Hatem Ben Arfa denies this and is currently contesting it, he claims that the extra weight he gained was muscle when he was on holiday in Saint-Barths and Miami.

Newcastle United are actively trying to sell the player and he had accepted an offer from an unknown Ukrainian side for the player's services, but Ben Arfa is refusing to agree personal terms.

His adviser Michel Ouazine has announced that Ben Arfa may look to remain at Newcastle until his contract expires next summer, so that clubs will see him as a more attractive proposition, free.