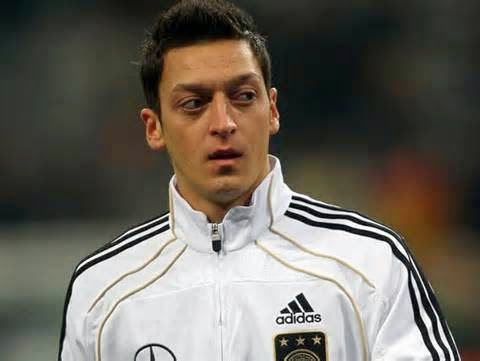 Özil is set to give the bonuses he received for Germany's semi-final and final victory to the families of victims in the ongoing conflict.

The 25-year-old is a practicing muslim who recites prayers before games instead of reading the German national anthem.

The Arsenal playmaker's family originate from Turkey and Özil maintains strong ties with the country his parents were born in.

The Islamic holy month of Ramadan is followed by an act of charity called Zakat, where a donation is given to those in need.

Özil told Kicker sports magazine that he was unable to fast during the World Cup for health reason.

"We would risk our health by not drinking or eating. And that would also not be consistent with the Quran," Özil said.

Özil's decision was backed by the Central Council of Muslims in Germany, who reached an agreement with the German FA in 2010 that fast-breaking is permitted for professional footballers.