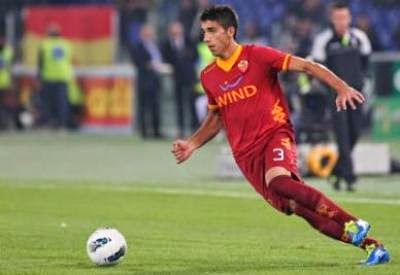 The 24-year-old, who had spent the last two seasons on loan with Spanish side Real Sociedad, finalised his transfer to the Portuguese giants after signing a four-year contract with them on Tuesday.

According to Roma’s official website, the Giallorossi agreed to send the left-back to Porto for free, but will still receive 50 per cent of any fee paid for the player if he’s sold in the future.

The Dragons also announced that the Spaniard’s contract includes a €30 million release clause.

Jose Angel arrived at Roma from Sporting Gijon in 2011 and provided one assist in his 27 total Serie A appearances for the Italian side.

The defender netted a total of two goals and provided eight assists in his 85 Spanish Primera Division appearances for Real Sociedad since 2012, with one goal and five assists coming in his 22 league appearances last term.