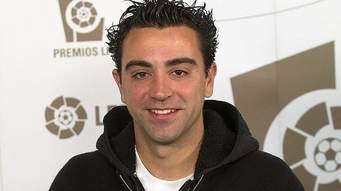 Romanian experts said that Xavi signed a pre-contract with Al Arabi and how will this Spanish midfielder after a long time to leave Barcelona.

Xavi is currently with Spain at the World Cup in Brazil and for a long time is writes about his departure in some of the most exotic countries.

Thirty-four-year football player began his career in Barcelona in which he plays since 1998. year. His departure in Qatar should be completed after Mundial when to complete the transfer.