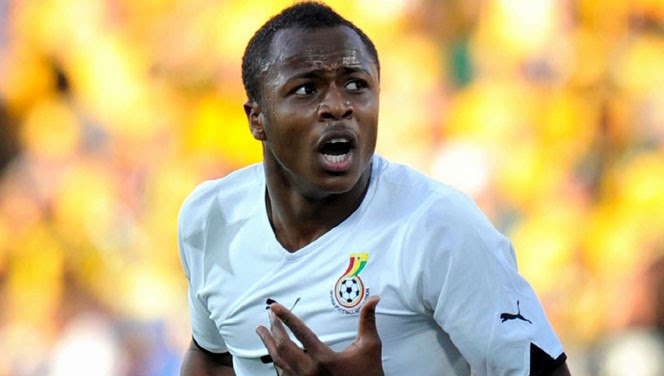 According newspaper reports linking Liverpool and Newcastle with Andre Ayew, fans of both sides will be interested to see how the winger performs at the World Cup this summer

A versatile option, Ayew is capable of playing anywhere across the midfield or the attack, although he is at his best in central midfield or on the left wing. For Marseille, the Ghanaian is part of a fluid attacking trio that frequently interchange positions mid-match.

Despite only standing at a relatively diminutive 5 foot 9 inches, Ayew actually poses a strong aerial threat. The winger scores an impressive number of headed goals and seems to have knack for finding space in the penalty area. In the past two season in Ligue 1, no player has scored many headers than Ayew.

The winger also does not shy away from his defensive duties, averaging 2.5 tackles a game according to WhoScored. Ayew frequently uses pace to beat his man and in possession, the Ghanaian is an accurate passer of the ball. In a disappointing Marseille side this term, Ayew still managed to notch six goals and three assists in twenty five Ligue 1 appearances.

With just twelve months remaining on his current deal, Marseille are believed to be ready to cash in on the 24 year old this summer. If the reports are to be believed, Napoli have opened the bidding with a £ 5 million offer although the French club are expected to hold out for a fee closer to £ 10 million. If Ghana can come close to repeating their performance at the 2010 World Cup, Liverpool and Newcastle may not be the only Premier League sides keen on adding the winger to their ranks.