Wilmots remains the coach of Belgium

Wilmots remains the coach of Belgium 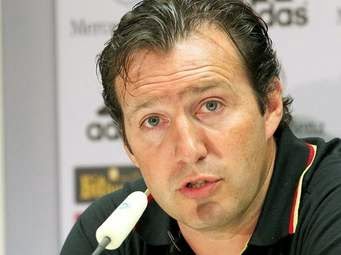 Wilmots has signed a contract until the 2018th year and will remain a selector great generation of players that we qualified for the World Cup in Brazil.

Wilmots is selector of Belgium since 2012., when he succeeded Georges Leekens, to whom he was an assistant.

As we have said, he took Belgium at Mundial in Brazil and it was the first World Cup for that national team since 2002, when Wilmots was a player .