Change in the composition of Croatia - Badelj instead of the injured Močinić?

Change in the composition of Croatia - Badelj instead of the injured Močinić? 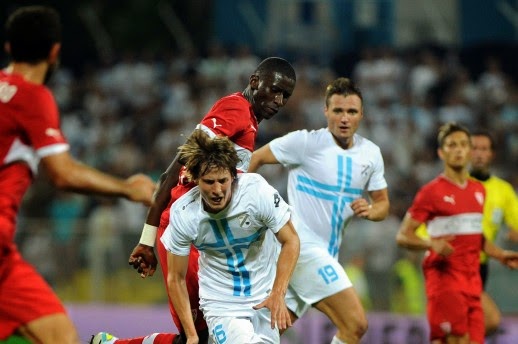 With the big kick-off in Brazil just around the corner, a late Ivan Močinić injury that has forced Croatia to draft Hamburg midfielder Milan Badelj into their 23-man World Cup squad

Badelj was initially omitted from the squad following his own persistent injury troubles, but Croatia coach Niko Kovac was left with little choice but to take a gamble on the 25-year-old's fitness after Močinić's ankle injury flared up at their training camp in Praia do Forte.

Despite making 29 Bundesliga appearances for Hamburg throughout the 2013-14 campaign, Badelj's progress was periodically hampered by a groin injury that subsequently seemed to have destroyed his World Cup hopes.

According to Bundesliga.com, while Croatia are set to take on Brazil in the World Cup opener on Saturday, the last-minute nature of the switch means that Badelj will not be able to join up with his countrymen until Friday and will subsequently miss the clash with the tournament hosts.

However, with a considerable amount of top-level experience under his belt, his presence could be extremely useful as Croatia look to navigate their way though a tricky group also containing Cameroon and Mexico.