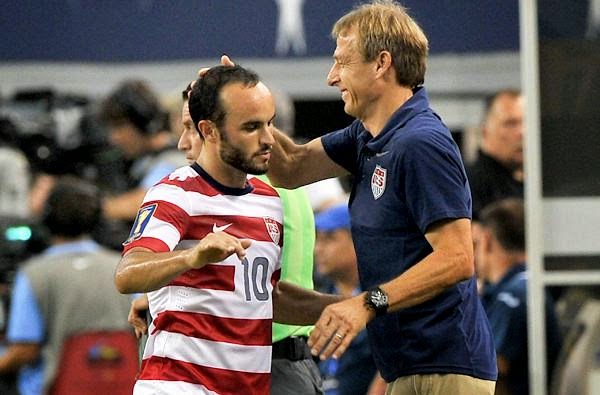 German expert and coach of the United States, Jurgen Klinsmann hopes to placement into the next round of the World Cup in Brazil

U.S. play in a group with Germany, Portugal and Ghana. There is no doubt that the Germans and Portuguese favorites for the top two places, but Klinsmann wants that Americans prepare a surprise.

"It is best when playing against the finest teams on the planet. We believe we can go further," said 49-year-old Klinsmann, who is happy to Mundial will be held in Brazil.

"It could not be a better location for players, coaches and fans. Championship in a country that is fivefold champion of the world, finals at the Maracana stadium, it's hard that can better. There are all crazy about football."

Although he did not put in team top scorer of the American team of all time and why is criticized by the American public german expert, hopes to placement in the next round of the World Cup in Brazil.