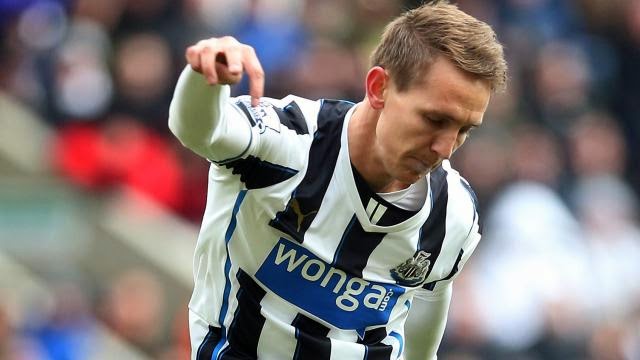 The former Twente hit man joined Newcastle on loan from Borussia Monchengladbach in January, but in 11 Premier league appearances, De Jong is yet to net a single goal. In recent weeks the Dutchman has had to settle for a place on the bench, and it seemed unlikely that he had convinced manager Alan Pardew to make the deal permanent.

However according to the Journal, Newcastle are still to decide on the Dutchman’s future, with the club set to meet up with De Jong’s representative’s next week. A fee of around £8 million has already been agreed between Newcastle and Borussia Monchengladbach, but the Premier League club may look to lower the asking price, with Gladbach likely to want a deal.

Newcastle are set to lose strikers Shola Ameobi and Loic Remy this summer, while Papiss Cisse is out for a few months after breaking his knee-cap. This shortage may force the club into signing De Jong permanently.