Liverpool close to signing the contract with Emre Can

Liverpool close to signing the contract with Emre Can 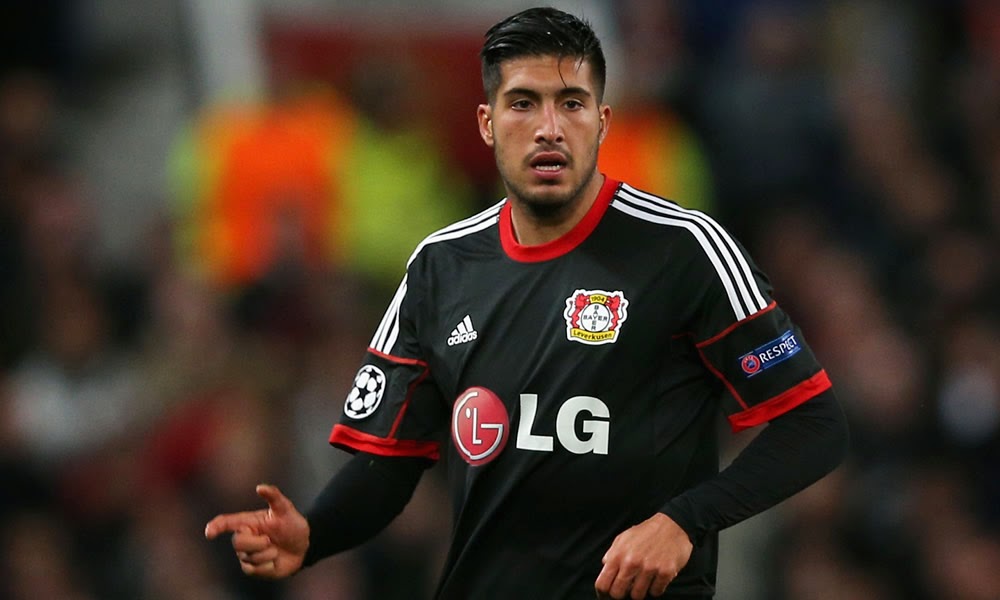 The 20-year-old midfielder joined Leverkusen from Bayern Munich for € 5 million last summer and still has four-years left on his contract.

Can scored three times and provided three assists in 29 appearances this season for Bayer.

The Bundesliga outfit finished the league in fourth position and qualified for the Champions League next season.

The young midfielder is Represented by Reza Fazeli, the same agent who helped bring Nuri Şahin and Samed Yeşil to Liverpool.

Can was born in Frankfurt, Germany to Turkish parents and is eligible to represent both Turkey and Germany.

The 20-year-old has Represented Germany at the youth national level but has yet to receive a senior international cap for either Germany or Turkey.

at 4:35 AM
Email ThisBlogThis!Share to TwitterShare to FacebookShare to Pinterest
Labels: Bayer Leverkusen, Emre Can, gossip, Liverpool, Transfers